Home Shop Carry on, but remember! 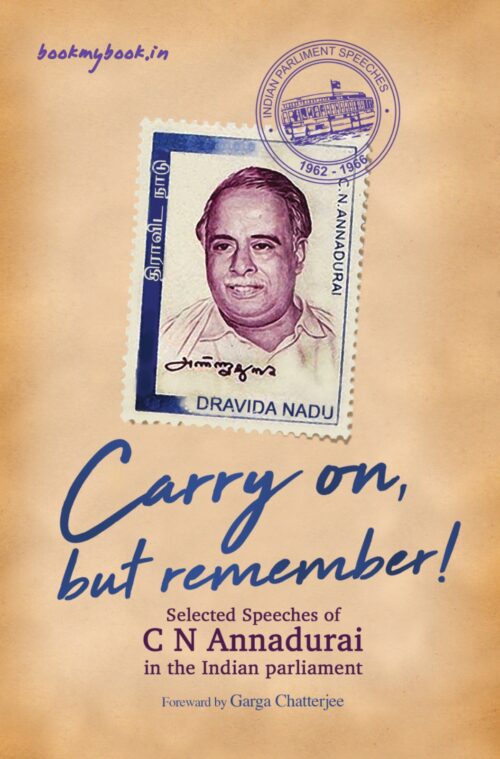 Carry on, but remember!

Selected speeches of C.N.Annadurai in the Council of the States in the early sixties. Speeches on the right of self-determination and language rights are compiled.

Carry on, but remember!

(Selected speeches of C. N. Annadurai in the Indian Parliament)
Why do you think that our demand endangers sovereignty? Before answering that we should be very clear about what we mean by Sovereignty. The Preamble to the Constitution says that the political sovereignty rests with the people. Then legal sovereignty is divided between the Federal Union and the constituent units. Why don’t you take it that our scheme is to make the States still more effective sovereign units? Why don’t you take it in that light? … Sovereignty does not reside entirely in one particular place
– C. N. Annadurai

In this book, a collection of speeches by Anna in the Council of States, is an amazing document. It is not a mere collection of speeches. It is the testament of a man who is saying what can be said, keeping the door open for what cannot be said to be said in a future time, by future people…. As I read Anna’s speeches as a Bangali nationalist, a man with a different tongue, from a different nation, but of the same citizenship as Anna. I could not but read his mentions of Congress as Delhi-Hindi empire. Try this as an exercise and I hope you will see how Anna lives on, today. You will not be reading a dead text but a living one, not an archive of past speeches but a tactical and ideological manoeuvre manual for the present and the future for all the fraternal non-Hindi nations politically situated within the Indian Union.
– Dr. Garga Chatterjee
in foreword.

There are no reviews yet, would you like to submit yours?

Be the first to review “Carry on, but remember!” Cancel reply

Previous - Next
Copyright 2020 Book My Book